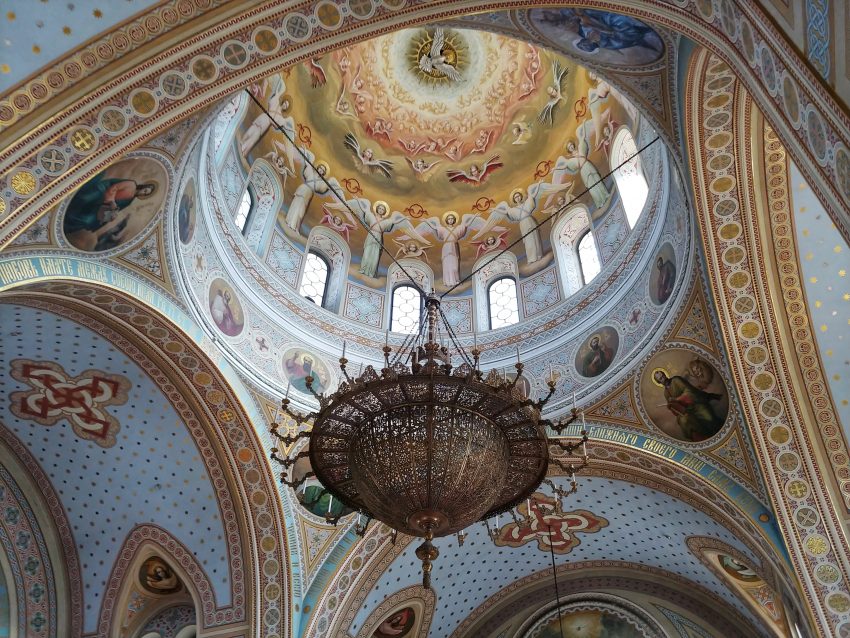 Under sun, the golden crosses shine
When the sun bursts through the rapid clouds
Gleaming in sympathy. They shine out
From the long puddles in the prematurely wrinkled parking lot
That lot built to hold five hundred cars.

St Elias goes dark under grey clouds
The crosses rusty brass, the old-gold domes patchy with silt
From the endless rains
Forbidding, until the cloud sails by and she shines out again.

Nobody is parked in the lot
Except Jabril’s car: it’s early morning, a weekday.
He’s preparing for the next Liturgy, cleaning, tidying,
In the altar.

He is in the Ark, sailing, himself
On his way to where the sun fails, the moon fails
And the clouds fall into silence