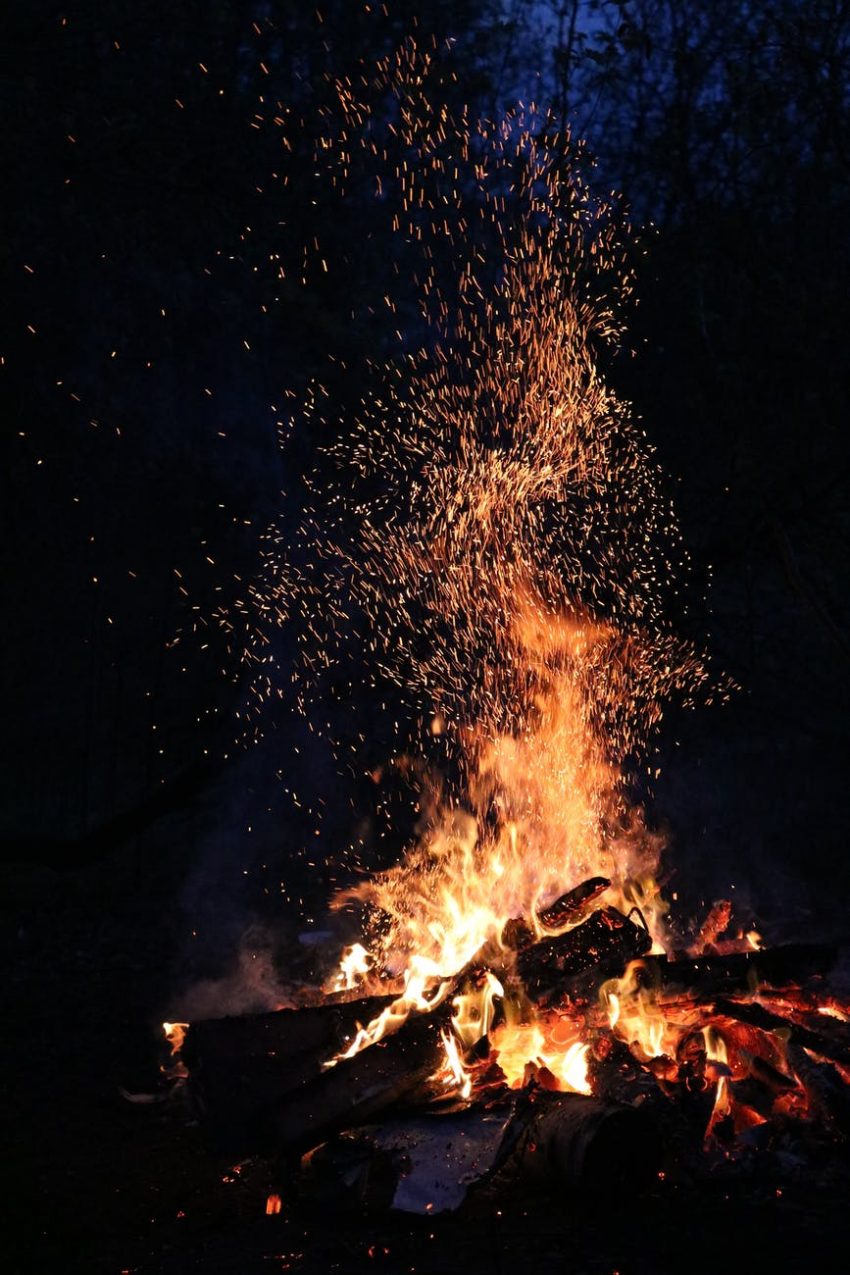 The death gods do not live here anymore.

for the cities of Europe by whose names

we came to know one relic from another.

and the natives watched.  For months,

they grieved.  The bell they raised went through

the heavy motions, and no one came.

It tolled for them, and no one bothered

looking up.  They prayed.  They died.

And what remained were artifacts, bells,

the Madonna with her beloved dead

across her lap.  And as she ran her fingers

through his hair, so like a god of beauty

and horror all at once, she wept as one does

at the power of singular hours.

And she said to him, let me tell you a story.

Before you were born, I found a book

beside a stream beneath the olive trees.

or left to console those who wander here

to stare into the current to mend the mind

whose flesh is most water.  The paper was bark,

its call like a steeple’s or a house in flames.

And when I opened it, smoke poured out.

It frightened me, so I tried to close it.

The scent of hair blackened my eyes,

and I smelled of it.  I wept.  You were less

than a word back then, less than the blue

of paradise at the bottom of a well.  Needless

in my blindness, what only smoke reveals.

I read the way a body reads its world to live,

the way a river reads the lay of the land,

or a shore the sea it strikes and voices.

Let me tell you.  Before you were born,

I laid before a book on fire.  And breathed.

Bruce Bond is the author of twenty-three books including, most recently, Rise and Fall of the Lesser Sun Gods (Elixir Book Prize, Elixir Press, 2018), Dear Reader (Free Verse Editions, 2018), Frankenstein’s Children (Lost Horse, 2018), Plurality the Poetics of Self (Palgrave, 2019), and Words Written Against the Walls of the City (LSU, 2019). Presently he is a Regents Professor of English at the University of North Texas.