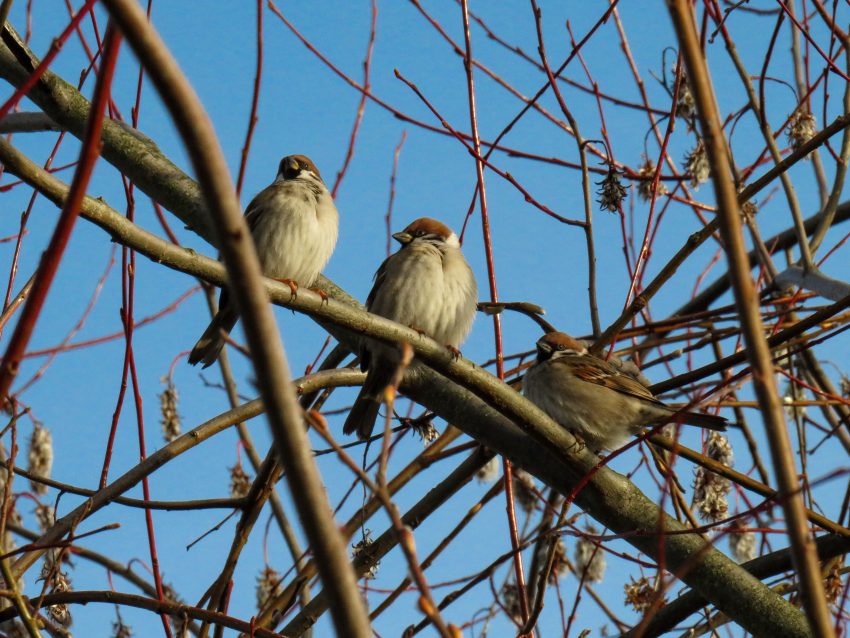 I’ve walked these wooded paths a hundred times
without so much as a thought about the afterlife,
until this morning when I spied a baby sparrow

nest-nudged by its mother, free-falling a good
thirty feet or so, bouncing on a carpet of pine
needles and flapping its fragile wings,

rotating itself in a series of concentric circles.
This is the fear: in another life I’ll be the novice
sparrow, the one nudged and forever flapping

for course correction. Things could be worse
with fate frowning upon deer and water fowl,
gunpowder lingering in late autumn’s air.

It’s equally bleak for male, black-widow spiders,
their primal urges becoming one slow-burning waltz,
an executioner’s song. Then there is the seahorse,

the planet’s only male to know childbirth’s pang.
All of this mortal contemplation prompts existential
curiosity, rocking faith’s pillars to ask: If I do come back,

if that’s how it works after my remains are neatly packed
into a pine box, then perhaps a towering conifer, some
significant spruce I’ll lobby to be, the same kind to hold me

at omega’s curtain call and baby sparrows at alpha’s dawn.
Should this be how it works, I’ll keep a few limbs low
to the ground for an unsuspecting sparrow taking the fall

while others take flight. Should the fall be anything but
a short one, trust that I’ve carefully prepared a soft bed
of pine needles on the ground, just in case it’s you.

Thad DeVassie’s poems and prose poems/flash fiction have appeared in numerous publications including New York Quarterly, Poetry East, West Branch, NANO Fiction and PANK Magazine among others. A lifelong Ohioan, he is the founder of Ratchet, a brand messaging + storytelling studio in Columbus, and co-founder Joy Venture, a podcast and platform for sharing stories of unlikely and risk-taking entrepreneurs.